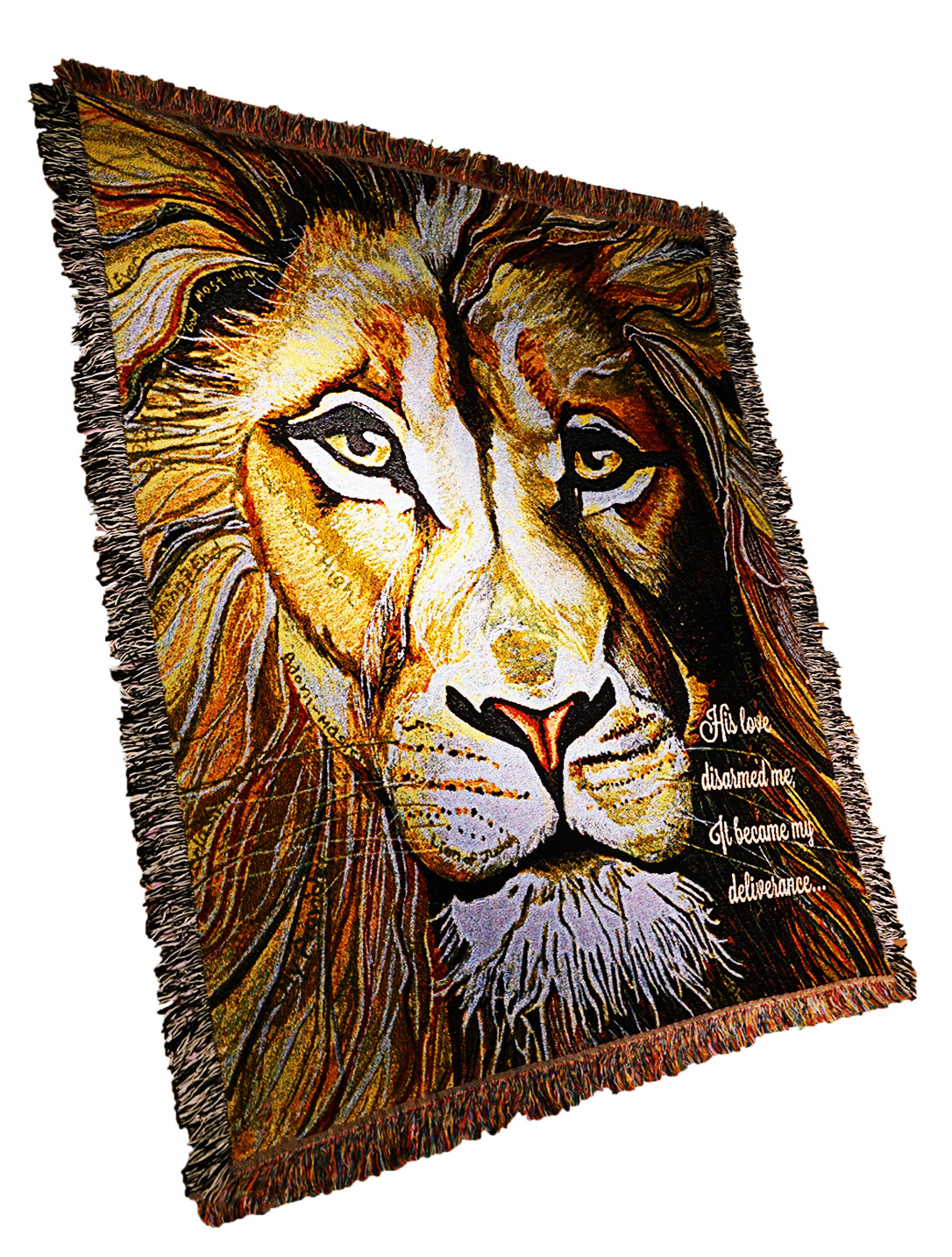 Count Me In – Any Amount Club

Support the Hall of Prophets (Monthly)

Support the Voice of the Prophets

Support the Voice of the Prophets Any (Monthly)

Voice Of The Prophets Donation

S.O.S. – Save Our Stations Donation ANY

Names of the Lord on the Tapestry –

o    Beginning and the End

Quote on the blanket “His love disarmed me, it became my deliverance.”

Disarmed means win over. His love wins us over and when we know His love it becomes our deliverance, it releases us from oppression.

“The Lion of the tribe of Judah will appear for the defense of his church.”

Scriptures about The Lion of Judah:

But one of the twenty-four elders said to me, “Stop weeping! Look, the Lion of the tribe of Judah, the heir to David’s throne, has won the victory. He is worthy to open the scroll and its seven seals.” (NLT)

“Judah is a lion’s whelp;

From the prey, my son, you have gone up.

He couches, he lies down as a lion,

And as a lion, who dares rouse him up?

“The scepter shall not depart from Judah,

Nor the ruler’s staff from between his feet,

And to him shall be the obedience of the peoples. (NLT)

Fierce Times and In Times Like These Teachings 13 DVD Offer

Fierce Times and In Times Like These Teachings 3 DVD Offer

Fierce Times and In Times Like These Teachings DVD Offer