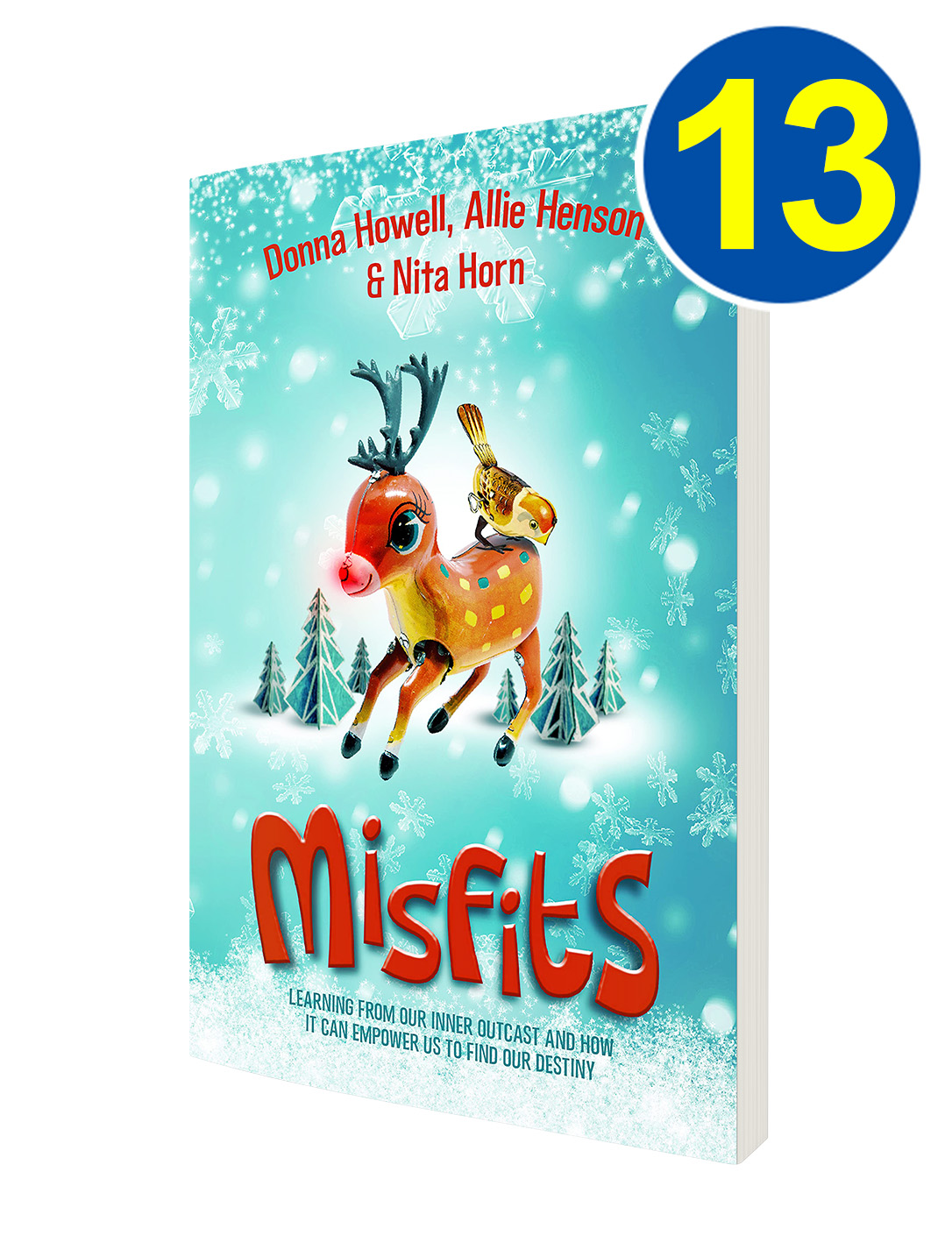 Thirteen (13) MISFITS: Learning From Our Inner Outcast And How It Can Empower Us To Find Our Destiny Book

When Rudolph’s red nose hit the screens in homes across the nation in 1964 via Rankin & Bass’ holiday movie special entitled Rudolph the Red-Nosed Reindeer, people everywhere fell in love with this glowy-snouted oddball. When the outcast heroically saved Christmas by guiding Santa’s sleigh through a stormy Christmas Eve, the world cheered as his eccentricity became the source of his triumph. But when the film ended without redemption for those many exiled toys which he met on the Island of Misfit Toys, public outcry was so strong that production was re-initiated and the movie’s ending was modified to include a resolution for these other banished playthings. Why was this necessary?

Viewer protest was strong enough to prompt a validation for these misfits for a profound reason: deep down, each of us sees a little of ourselves in outcasts. We relate to those who do not fit in, are regarded as unlovable, or are simply perceived as “odd.” And, it is each of our deep-seeded desire to see this ostracization reversed; to see the outcast find a place to belong; and for the unloved to find comfort and affection. By leaving the toys behind, it was as though the statement being made was that such oddballs deserved to be left behind as well―and people were allowing no such standard to be raised.

Many of us have an inner misfit: a lonely or out-of-place individual who we often keep hidden. Behind the veil of success, wealth, charm, charisma, humor, I’ve-got-it-together-isms, and many other types of fronts, hides segments of ourselves that we often keep out of view of others. The result is a deep type of isolation and separation from our communities, our families, friends, and sometimes even the Body of Christ and our God-ordained calling. We hide our true selves because of fear, insecurity, guardedness, and a seeming certainty that we are the only one who feels the way we do.

But this is a lie, designed to keep us from reaching our potential in many ways; and to keep us feeling as though we are all alone. What can we learn from the outcast playthings of the 1964 stop action film: The Charlie in the Box, the spotted elephant, the seemingly unblemished Dolly for Sue, a square-wheeled caboose, the squirt gun that only shoots jelly, or the other exiles? The answer is quite enlightening, and, when pursued to its fullest, could lead to a life of connection with family, peers and church. It could empower us to find our God-ordained calling; to see ourselves with new, grace-filled eyes, and even unleash us to embrace our destiny.

Stand For Life Joyful Girl on Bench With Umbrella