For God and Country by Ralph Reed 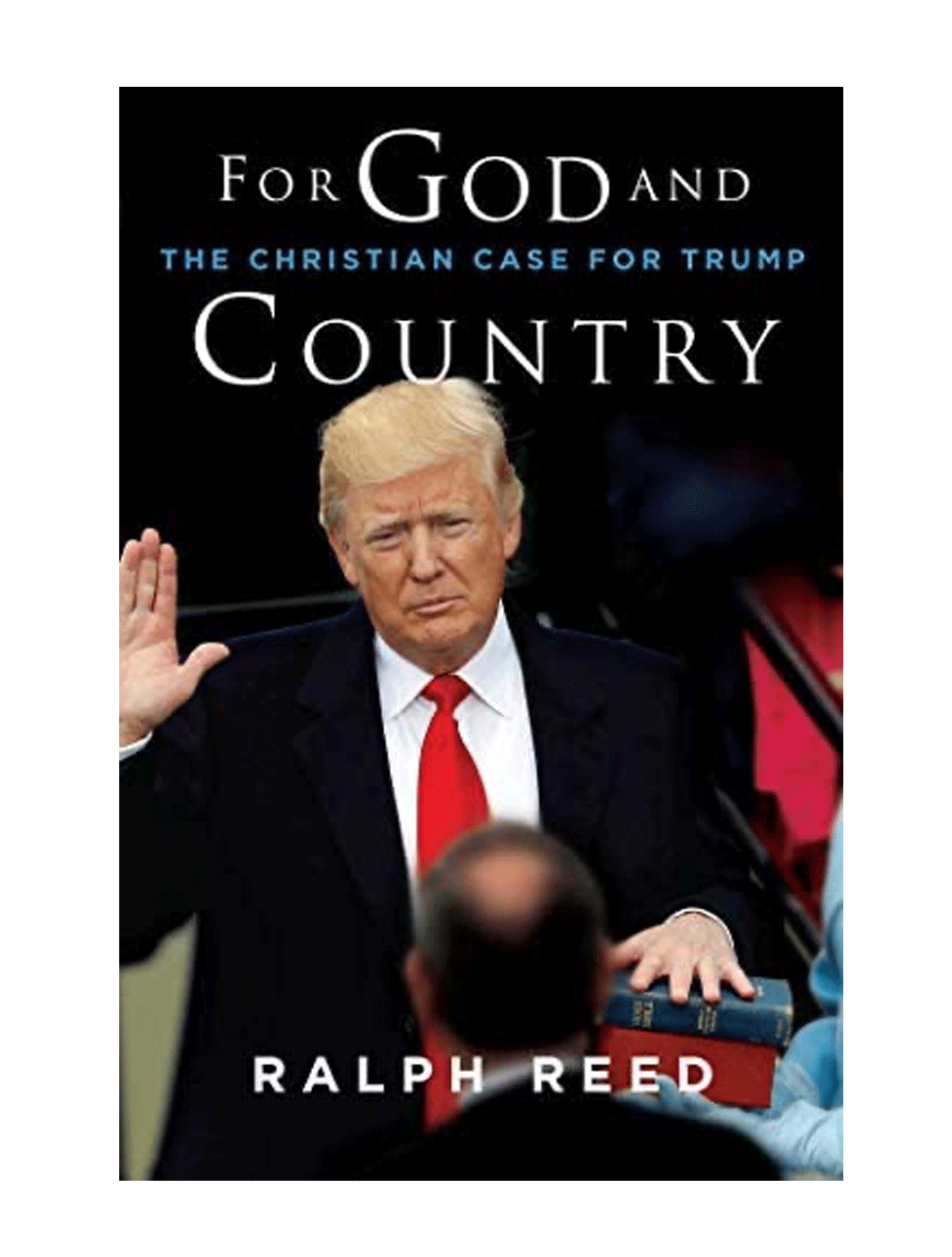 For God and Country by Ralph Reed

On My Worst Day Book by John Lynch

One (1) For God and Country by Ralph Reed

In 2016, many Christian leaders at first opposed candidate Donald Trump. He was a former social liberal, and his occasional vulgarity, multiple marriages and divorces, and tabloid scandals made it impossible for him to defend Christian values in public life. Or so they thought.

Trump nevertheless won four-fifths of the Evangelical vote in 2016, as well as the majority of the Catholic vote. And in 2020, the idea that he can’t represent Christians is demonstrably false. He has been the most ardent and effective presidential defender of religious liberty and the pro-life cause since Ronald Reagan—and perhaps in U.S. history.

In For God and Country, Dr. Ralph Reed draws on his deep knowledge of American history, his unsurpassed experience as a political strategist, his personal dealings with President Trump and the First Family, and his moral commitment as a Christian to show why Catholics and Evangelicals should continue to strongly support their unlikely champion.

In For God and Country, Reed reveals:

Review “For God and Country by Ralph Reed” Cancel reply

Council of the Lord for 2020 DVD Sparks Henderson