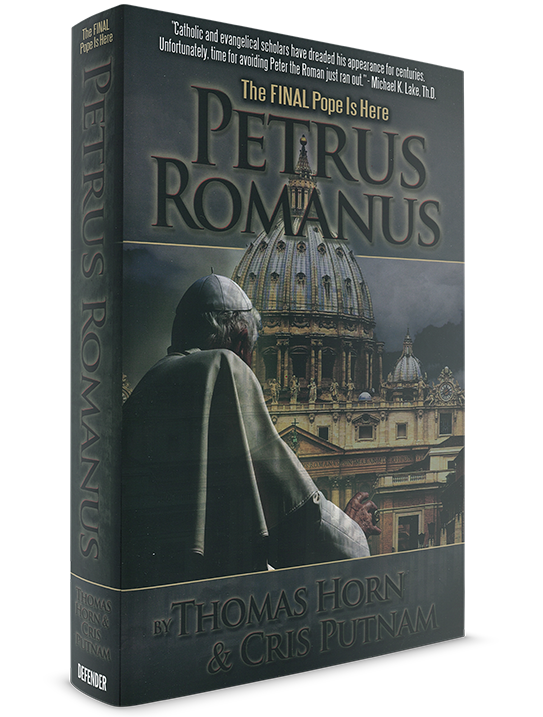 First of All & The Awakenings Book

Where I Am: Heaven, Eternity, and Our Life Beyond

One (1) The Final Pope Is Here: Petrus Romanus book

For more than 800 years scholars have pointed to the dark augury having to do with “the last Pope.” The prophecy, taken from St. Malachy’s “Prophecy of the Popes,” is among a list of verses predicting each of the Roman Catholic popes from Pope Celestine II to the final pope, “Peter the Roman,” whose reign would end in the destruction of Rome.

First published in 1595, the prophecies were attributed to St. Malachy by a Benedictine historian named Arnold de Wyon, who recorded them in his book, Lignum Vitae. Tradition holds that Malachy had been called to Rome by Pope Innocent II, and while there, he experienced the vision of the future popes, including the last one, which he wrote down in a series of cryptic phrases. According to the prophecy, the next pope (following Benedict XVI) is to be the final pontiff, Petrus Romanus or Peter the Roman.

The idea by some Catholics that the next pope on St. Malachy’s list heralds the beginning of “great apostasy” followed by “great tribulation” sets the stage for the imminent unfolding of apocalyptic events, something many non-Catholics would agree with. This would give rise to a false prophet, who according to the book of Revelation leads the world’s religious communities into embracing a political leader known as Antichrist.

In recent history, several Catholic priests – some deceased now – have been surprisingly outspoken on what they have seen as this inevitable danger rising from within the ranks of Catholicism as a result of secret satanic “Illuminati-Masonic” influences. These priests claim secret knowledge of an multinational power elite and occult hierarchy operating behind supranatural and global political machinations.

Among this secret society are sinister false Catholic infiltrators who understand that, as the Roman Catholic Church represents one-sixth of the world’s population and over half of all Christians, it is indispensable for controlling future global elements in matters of church and state and the fulfillment of a diabolical plan they call “Alta Vendetta,” which is set to assume control of the papacy and to help the False Prophet deceive the world’s faithful (including Catholics) into worshipping Antichrist. As stated by Dr. Michael Lake on the front cover, Catholic and evangelical scholars have dreaded this moment for centuries. Unfortunately, as readers will learn, time for avoiding Peter the Roman just ran out.

Operating in the Courts of Heaven 13 Book Offer

Operating in the Courts of Heaven 3 Book Offer

Operating in the Courts of Heaven Book Offer

Silent Cry: The Darker Side of Trafficking 3 DVD Offer

Silent Cry: The Darker Side of Trafficking DVD Offer

This Generation Shall Not Pass Lesson – DVD

The Gift of Tongues Book

Unlocking Destinies from the Courts of Heaven Book